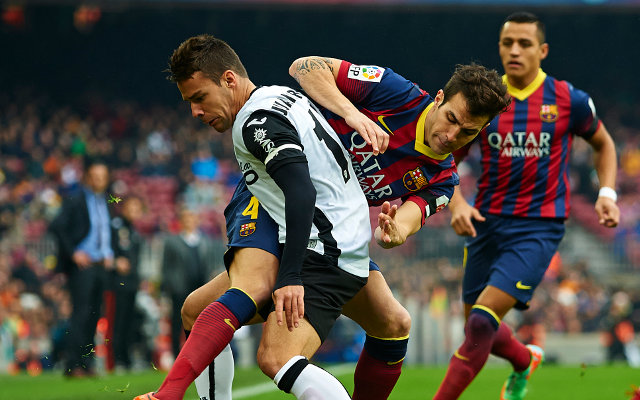 Both sides have been scouting the young Spaniard of late.

Premier League giants Chelsea are set to rival champions Manchester United in the race to land coveted Valencia left-back Juan Bernat next season, according to reports in the Metro.

The west London club are going to be in need of a new left-sided full back this summer with veteran England international Ashley Cole set to quit Stamford Bridge after not being offered a new deal by the Blues to extend his stay in the capital.

And now Chelsea head coach Jose Mourinho is understood to be scoring the market on the Continent on the look out for possible replacements for Cole.

Initially, the self-styled Special One wanted to sign in-demand Southampton left-back Luke Shaw, however, the Saints are demanding a fee in excess of £25m for the England international which Chelsea are unwilling to pay.

As a result, the west Londoners are set to switch their focus elsewhere, with Valencia’s Spain Under-21 international now Mou’s number one choice.

However, Chelsea will need to battle United for the 21-year-old’s signature this summer, with the defender valued at around the £6m mark by los Che.