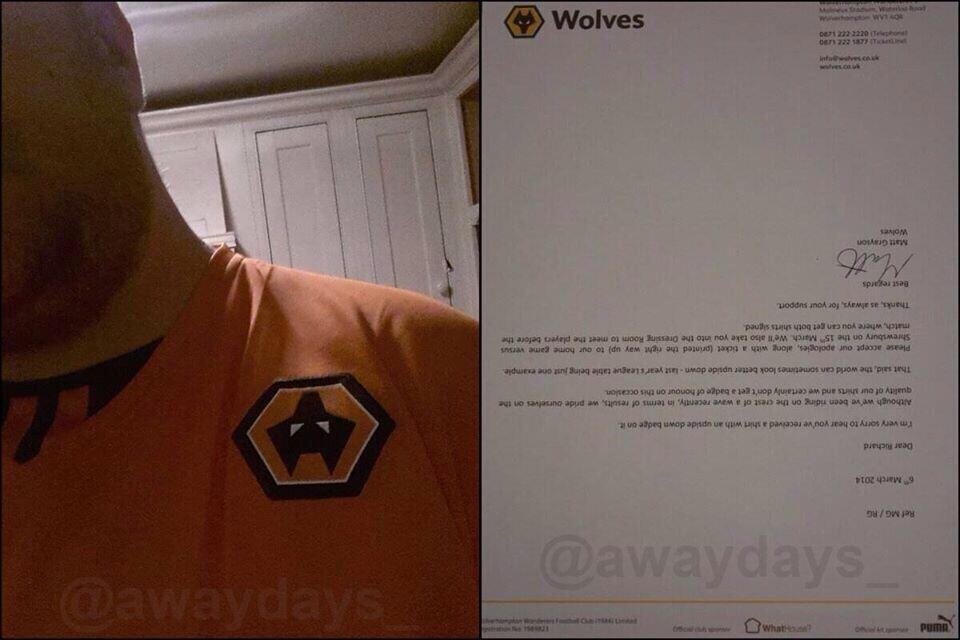 Wolves have responded brilliantly to fan Richard Gough who was sent a replica shirt with the club logo upside down. Mr Gough posted a picture of the erroneous shirt on social media and the club responded with a letter of apology, which was also upside down!

“When I first got the shirt I didn’t notice it because I had got one for my daughter so put hers on her first,” Mr Gough told the Express and Star.

“I took mine off and then tried it on a bit later, and I was about to send a snapchat to one of my mates.

“I noticed it was upside down but thought it was because I was taking a selfie in a mirror but when I looked at it, it was looking back at me.”

Wolves tweeted Mr Gough to show him the humorous letter they were about to send out to him.

He said: “I haven’t actually had it sent out to me yet, but when I saw it, I did find it quite funny.

“I’ve got auto-rotate on my phone so when I looked at the picture it turned the wrong way again, so I turned my phone back and it went upside again.

“It was pretty funny, I had to turn it off to read it.”

Written by Wolves’ Head of Communications Matt Grayson, the letter reads: “Although we’ve been riding on the crest of a wave recently, in terms of results, we pride ourselves on the quality of our shirts and we certainly don’t get a badge of honour on this occasion.”

The letter offers Gough a free ticket to the clash against Shrewsbury, and also the chance to meet the players to get the infamous shirt signed!

“The world can sometimes look better upside down – least year’s league table being one example,” the letter finished.