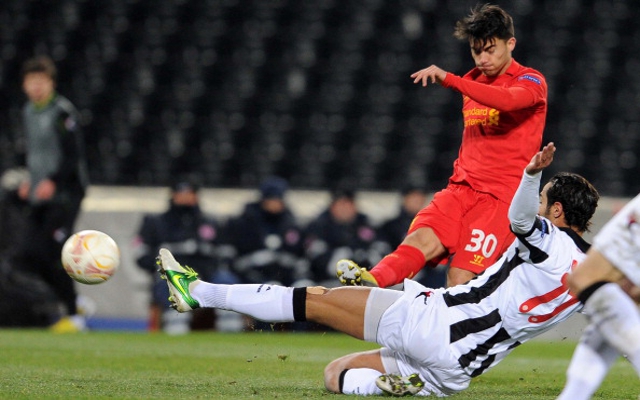 Sevilla want to sign Liverpool youngster Suso, who is impressing on loan for Almeria.

La Liga outfit Sevilla have rekindled their interest in Liverpool’s Suso and could move for the youngster this summer, according to the Daily Mail.

Suso is enjoying a great season at loan club Almeria, and has notched up two gaols and seven assists in just 19 starts for the Spanish strugglers.

Sevilla have a good relationship with Liverpool after selling the Reds Luis Alberto for £7m last summer. The Spaniards are willing to offer Suso a better platform and are keen to open negotiations for the midfielder, who they tried to sign from Cadiz, before he joined Liverpool back in 2010.

Ramon Rodriguez Verdejo, Sevilla’s sporting director, is known for his ability to revive player’s careers and ‘Monchi’, as he is nicknamed, believes he can help Suso to fulfil his early potential.

Sevilla currently sit seventh in La Liga and are targeting a place in next season’s Europa League.