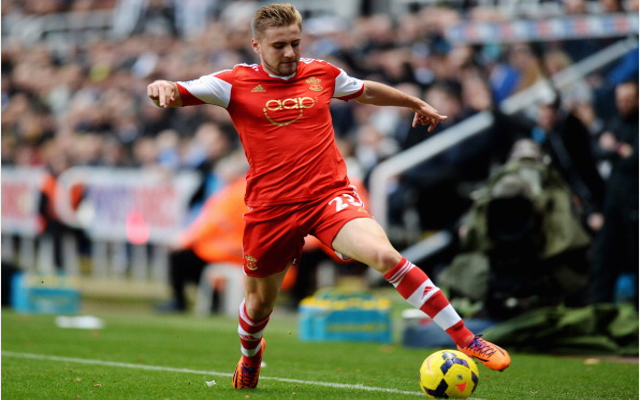 Full back is contracted to the Saints until 2018.

Premier League champions Manchester United are prepared to make Southampton left-back Luke Shaw the highest-paid teenager in Premier League history in order to entice the player to Old Trafford next season, according to reports in the Daily Star.

The Red Devils have made the purchase of a new left-sided full back their number one priority for the summer transfer window, although head coach David Moyes knows that he will face stiff competition for the 18-year-old’s signature from rivals Chelsea, with the west London club also known to be keen on the England international.

And that is why it is understood that the Scot is prepared to offer Shaw a deal worth a whopping £75,000 per week, quadruple what the defender is currently earning at St Mary’s, and more than even the £60,000-per-week contracts that both United winger Adnan Januzaj and Arsenal midfielder Alex Oxlade-Chamberlain, the highest-paid teenagers in the Premier League, are on at present.

As a result, Moyes is said to be confident of being able to persuade Shaw to reject any advances from the west London club in favour of moving to the Theatre of Dreams next season.