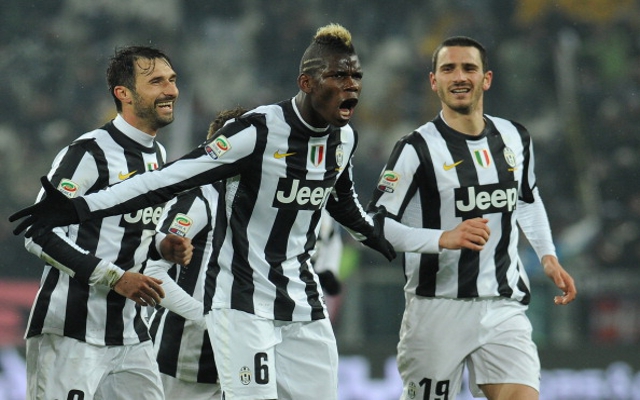 According to La Gazzetta dello Sport, the pair met in Paris on Thursday at the headquarters of UNESCO but were later seen at a hotel with their meeting lasting around an hour.

It is reported that Pogba was the focus of their discussions, and although there was no agreement on a transfer they are expected to meet again in the summer to continue negotiations.

Gazzetta report that PSG are willing to spend up to €70m on the French international, although Juve are holding out as the likes of Real Madrid, Chelsea and Manchester City are all understood to be interested in the 20-year-old.

Pogba’s current contract is set to expire in 2016, and despite suggestions that he is happy in Turin, speculation suggests that talks over an extension have been put on hold as interest from across Europe continues to grow.

The Bianconeri are reportedly ready to offer him an increase of up to €4.5m until 2018, but it remains to be seen whether or not he is still determined to stay in Italy or take up a new challenge elsewhere.

Pogba has been a rising star under Antonio Conte, working his way into the starting line-up and developing into one of the most promising midfielders in Europe while he is also expected to represent France at the World Cup this summer.

However, with Juve continuing to under-perform in Europe despite their domestic dominance, the former Manchester United starlet could explore his options if negotiations continue between the clubs over what looks to be a sizeable offer that the Italian giants could find difficult to turn down.