Manchester United are prepared to make Southampton left-back Luke Shaw the highest-paid player in Premier League history if the England international decides to move to Old Trafford this summer.

Manchester United manager David Moyes is interested in signing Real Sociedad forward Antoine Griezmann after the Scot flew to Paris to watch the Frenchman in action against Netherlands in a friendly international on Wednesday night.

Lukas Podolski’s agent has dropped a major hint that his client may be about to follow Manchester United captain Nemanja Vidic by joining Serie A giants Inter Milan next season.

Spanish champions FC Barcelona are considering offloading both midfielder Alex Song and right-back Dani Alves at the end of the season, with the likes of Arsenal, Manchester United, Chelsea and Manchester City all said to be interested.

Real Madrid are set to beat Manchester United to the signature of Juventus midfield duo Paul Pogba and Arturo Vidal after los Blancos opened talks with the Serie A champions about the possibility of signing the duo this summer.

Manchester City’s Micah Richards and Joleon Lescott are both set to leave Eastlands at the end of the season after falling out favour under new head coach Manuel Pellegrini in the north west. 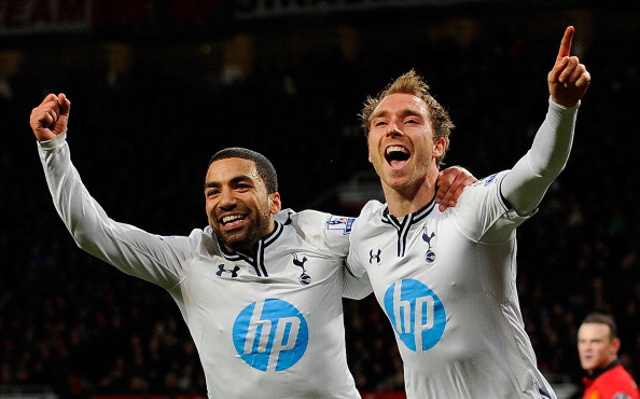 Tottenham Hotspur playmaker Christian Eriksen has confirmed that he will not look to quit White Hart Lane this summer if the north London club fail to qualify for next season’s Uefa Champions League by finishing in the top four of the Premier League.

Everton No 1 Tim Howard says manager Roberto Martinez will be able to find a suitable replacement for striker Romelu Lukaku when the giant Belgium international’s season-long loan spell at Googison Park comes to an end this summer.

Liverpool have decided not to sign on-loan left-back Aly Cissokho from Laiga outfit Valencia for £3.3m when the Frenchman’s loan spell on Merseyside comes to a close at the end of the campaign.

Out-of-favour Arsenal striker Nicklas Bendtner has asked manager Arsene Wenger to hand him more playing time between now and the end of the season.

Manchester United striker Federico Macheda does not feel that he will ever be given an opportunity in the first team at Old Trafford under manager David Moyes, with the Italian currently out on loan with Championship outfit Birmingham City.

Arsenal’s record signing Mesut Ozil was jeered by Germany fans during their 1-0 win over Chile in a friendly international on Wednesday night.