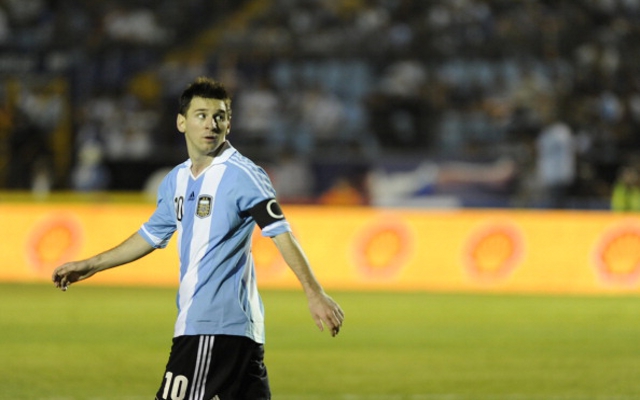 FC Barcelona forward Lionel Messi threw up on the pitch during Argentina’s friendly match against Romania in midweek. Watch the video here:

It is not definitively known what caused the 26 year-old to double over and expel the contents of his stomach after just seven minutes of his country’s 0-0 draw in Bucharest, but Messi appeared unflustered by the incident.

“It’s no big deal; it’s happened to me before”, the Barca ace told Marca after the game.

“Sometimes I accelerate very fast and the change in air intake that involves causes me to heave. I felt completely fine at the end of the match”, the forward added.

Real Madrid and France legend Zinedine Zidane famously threw up on the pitch prior to taking a penalty (which he then scored) against England at UEFA Euro 2004, while Tottenham Hotspur midfielder Sandro Raniere has also been known to chunder everywhere mid-match.

Barcelona's man. Martino on Messi throwing up often: "I talked with him about it, it happens often, he went to see doctors, can't solve it"