Can Chelsea cement their position at the top of the Premier League table?

With Jose Mourinho able to select from a virtually fully fit squad, here’s the side we reckon he’ll go for today…

As he has done all season, the Czech stopper will continue between the sticks – as he continues to try and prove to his manager he’s a better option than currently on-loan Thibaut Courtois.

Ivanovic has a knack of scoring in big games, and few would bet against him arriving with a crucial effort against Spurs.

The exceptional form of Cahill alongside club captain Terry has made him the leader of England’s defence. He can expect some difficulties against Emmanuel Adebayor today, however.

Although he started for Brazil midweek against South Africa, David Luiz can’t get in the side right now because of how well Chelsea’s English centre-backs are playing. Terry’s probably been the best defender in the country so far this season.

Ashley Cole would like a start today, but we don’t think he’ll get one. Azpilicueta looks accustomed to the role now, and provides the Blues with an attacking option up the left as well. 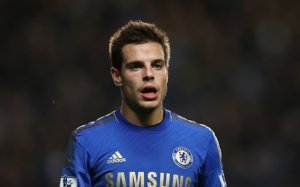