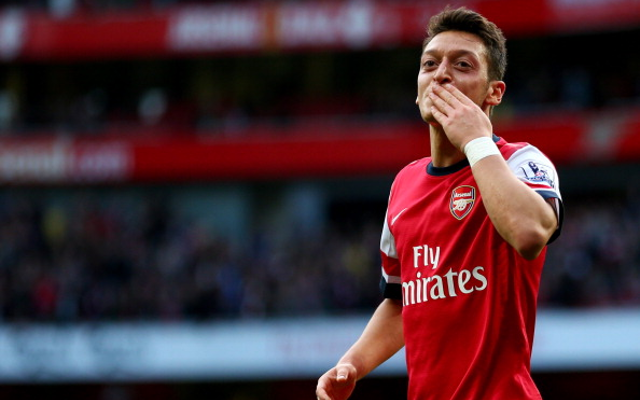 Mesut Ozil delivered a brilliant performance for Arsenal against Everton. Here is the Gunners record signing predicting exactly how a goal will be scored before it happens.

Mesut Ozil was back to his best for Arsenal against Everton, looking far more refreshed after his rest to put in an excellent performance.

He opened the scoring against the Toffees, finishing accurately into the corner from Santi Cazorla’s pass, and worked hard throughout, at one point chasing 70 yards back to help the team defend an attack.

Perhaps that will silence those who call him lazy because of his languid style.

Still, the very best element of Ozil’s game is his football brain.

Like a chess player always thinking two moves ahead, Ozil anticipates the game, finding space to run into and playing passes other footballers might not see.

A classic example is for Olivier Giroud’s second goal and Arsenal’s fourth.

Before Ozil even receives the ball, he directs the Frenchman on where he should run.

The German knows that when he takes up possession, Everton’s defender John Stones has to close him down, vacating the space behind him.

That is where Ozil tells Giroud to move towards, and it works perfectly, exposing Everton in a brilliant team goal.