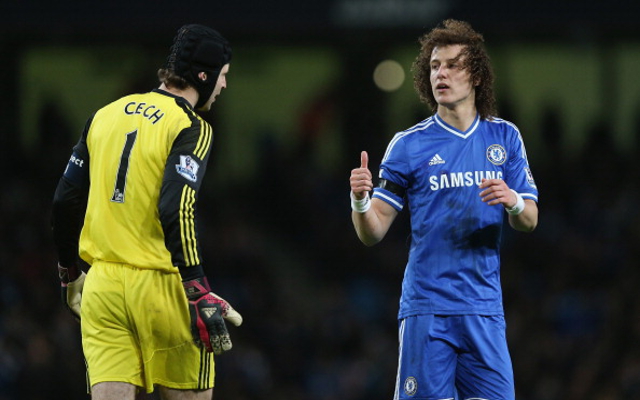 Barcelona have set their sights on Chelsea pair David Luiz and Oscar according to the Daily Telegraph.

The Nou Camps side are reportedly ready to conduct something of an overhaul of their squad and have earmarked a move for the Brazilian international pair with current boss Gerardo Martino seemingly fighting to keep his job.

Barcelona currently sit in third spot in La Liga and a number of off field concerns have blighted the La Liga club, chiefly those involving the club’s board and tax issues relating to the signing of Neymar over the summer and there is a sense that the club’s squad could do with some freshening up.

Veteran defender Carles Puyol will leave this summer and Luiz is seen as a potential replacement for the 35 year old with an offer of £25m said to be in the works.

Luiz is perhaps a player Jose Mourinho is willing to cash-in on with the former Benfica man having started less than half of Chelsea’s Premier League fixtures this season.

Barcelona also want Oscar, who is also a £41.5m target of Ligue 1 side PSG, though isn’t likely to be an individual Mourinho will listen to offers for.

Oscar made an astonishing 64 appearances in all competitions in his debut season at the West London club, scoring 12 and providing nine assists, and thus far this term has already racked up 37 appearances and has 11 goals to his name.

Jose Mourinho has seen Oscar forge an excellent understanding with Belgian Eden Hazard as well as his fellow countryman Willian and no amount of money would convince the Chelsea manager to sell the midfield magician this summer.