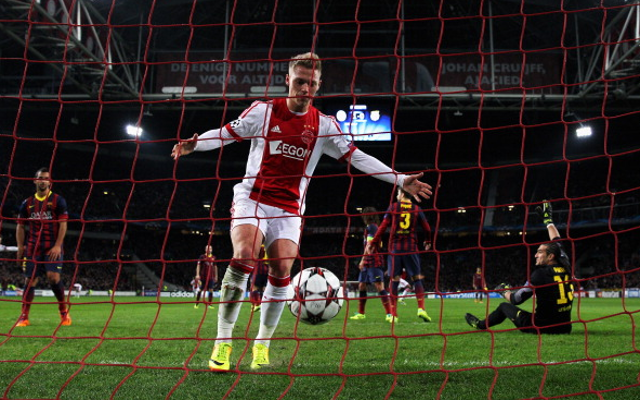 Liverpool have been offered the chance to sign Danish attacker Viktor Fischer according to the Metro.

The teenage Danish international is considered one of the hottest prospects in European football but has apparently fallen out with Ajax’s coaching staff, leading to the Eredivisie side being willing to sell the 19 year old at the end of the current campaign.

Anfield boss Brendan Rodgers is known to be a fan of adaptable attacker, who is most commonly used on the left wing, and the Premier League side have been told they can sign Fischer for around £15m.

Rodgers is thought to be keen on bringing in further wide attacking options, perhaps unsurprising given that loaned in winger Victor Moses is unlikely to joining Liverpool on a permanent basis after a fairly poor season at the Merseyside club.

Fischer is into his second season at Ajax and has scored 19 goals in 67 appearances for the Amsterdam side and may well jump at the chance of a move to the Premier League.

One imagines that if Liverpool secure a top four finish then Fischer would prove all the more tempted by a move to join fellow countryman Daniel Agger at Anfield.

Fischer would offer a fresh goal threat and any move for his services could be offset by the possible sales of Fabio Borini and Iago Aspas, with neither striker appearing to be key members of Rodgers squad.