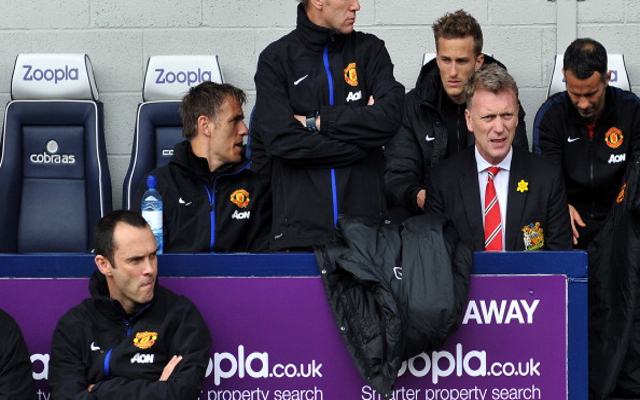 Man United are reportedly ready to allow Dutch striker Robin Van Persie to leave the club this summer as David Moyes lines up an ambitious bid for PSG forward Edinson Cavani to act as his replacement according to the Sunday People.

By all accounts the 30 year old former Arsenal man is not enjoying life under David Moyes and is said to be keen on forcing an Old Trafford exit and Man United are ready to accept offers of £15m+ for the player.

Van Persie netted 30 goals in his debut season at Man United but has struggled with fitness this season and didn’t look impressed at being hauled off on the hour against West Brom yesterday.

David Moyes is apparently confident he can lure former Napoli man Cavani to replace Van Persie and this source claims such a move would cost Man United a British transfer record fee of £58m.

Cavani has been a massive success since moving to the French capital last summer, forming an excellent partnership with Swedish legend Zlatan Ibrahimovic, scoring 21 goals in all competitions thus far this campaign.

Man United would do well to encourage Cavani to join a side that is unlikely to be able to offer Champions League football next term and to convince the big Uruguayan to leave a side that is well and truly on the up for one that is clearly on the slide.

However clearly Man United are a massive club and the chance to be part of a possible Renaissance could tempt Cavani, who has the physical presence to be a big success in the English top tier.

Having tied down Wayne Rooney to a new long term contract and with England youngster Danny Welbeck having his most prolific season to date one would imagine that as well as considering the sale of Robin Van Persie there is every chance that Mexican Javier Hernandez will be made available for sale having been left to stagnate on the club’s bench for yet another season.