CaughtOffside understands that the Stamford Bridge side have sent scouts to monitor the duo ahead of summer offers for the pair.

Mourinho will look to sell Fernando Torres and Demba Ba whilst it is likely that he will elect to not renew Samuel Eto’o’s contract, which expires at the end of the season.

Former FC Porto forward Hulk has long been a Mourinho target and the powerful marksman has had a far more successful second term in the Russian Premier League following a tough start to life at the Petrovsky Stadium. 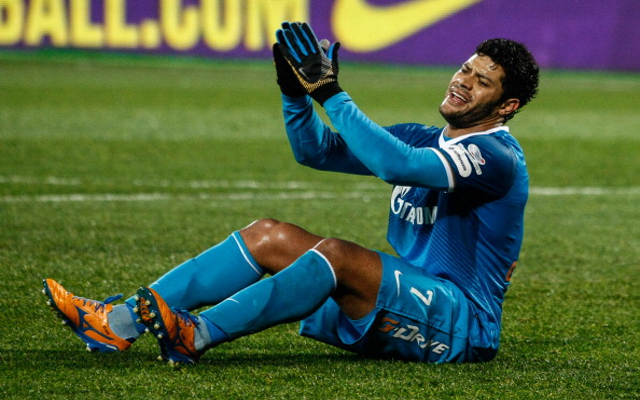 The 27 year old may well be tempted by the chance of a move to the Premier League and the opportunity to team-up with national team colleagues Oscar, Ramires and David Luiz and Chelsea are ready to offer £25m for Hulk’s services.

Mourinho will receive the full financial backing of Chelsea owner Roman Abramovich to mount expansive moves in the summer transfer market and the West London side are set to offer £35m for Atletico Madrid ace Diego Costa.

The Brazilian born Spanish international has formed an excellent partnership with veteran David Villa this term and has enjoyed great success at the Vicente Calderon but Diego Costa may feel he has achieved as much as he can at the over-achieving side and Chelsea are ready to offer the 25 year old a massive pay-rise.

Atletico Madrid boss Diego Simeone would be loathed to lose Costa but his side are well versed with the art of cashing in on their top talents and Chelsea’s offer will surely be considered by the La Liga side.

Mourinho is willing to offer Romelu Lukaku the chance to return to his Chelsea first team set-up though if the Belgian is unhappy at the prospect of having no guarantee of regular first team action then offers for his services will be considered.