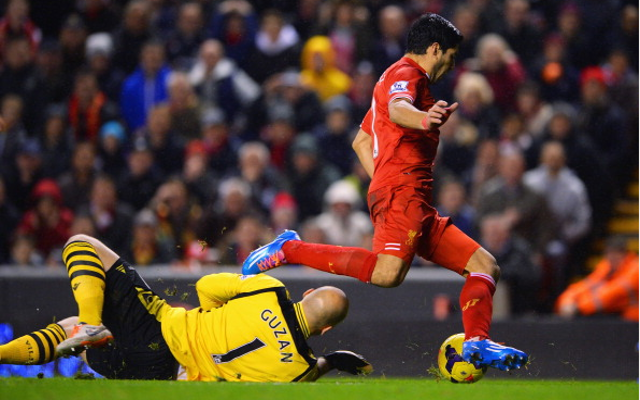 Chelsea head coach Jose Mourinho has launched a thinly veiled attack on Liverpool forward Luis Suarez, labeling the Uruguay attacker as “the kings of the penalties,” according to reports in the Daily Mirror.

The Merseyside giants’ controversial front man has been in the headlines again so far this year after an incident involving Aston Villa goalkeeper Brad Guzan in a Premier League match at Anfield in January when the player appeared to take a tumble over the American.

And now the self-styled Special One has taken the opportunity to highlight how his own players resisted the chance to do the same thing against Tottenham Hotspur on Saturday.

“We had a big opportunity in the second minute of the game, when other players with other shirts would go for a penalty and a red card for the keeper,” said Mourinho.

“Hazard doesn’t do that. He tries to go away from the keeper and he misses from a difficult angle.

“But other players in this league, in that situation, they attack the keeper. I did not see a video of Eto’o and the penalty but I want to.

“But you know the kings of the penalties, you know where they are – and they’re not here.”