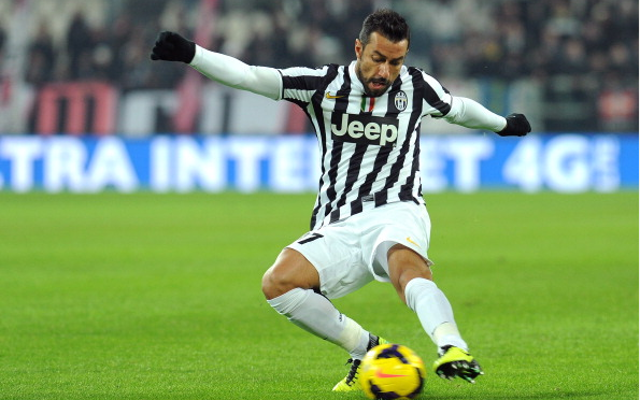 Saints hope to be able to land the out-of-favour Juve forward for just £2m.

Check in to Southampton FC vs Norwich City
Premier League outfit Southampton plan to replace controversial front man Dani Osvaldo with Juventus striker Fabio Quagliarella in attack at St Mary’s next season, according to reports in the Daily Mirror.

The Saints’ club-record signing was shipped out on a six-month loan deal to the Serie A champions in the recent January transfer window after head-butting team-mate Jose Fonte on training.

And with the south-coast club’s head coach Mauricio Pochettino having decided not to welcome the Italy international back to St Mary’s next season, the Argentinian now wants Osvaldo’s compatriot to replace him at the club.