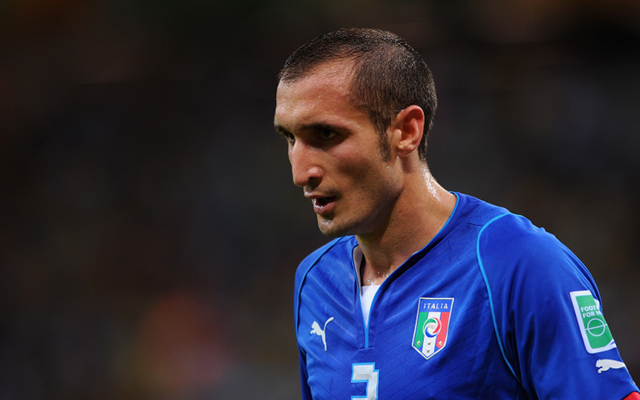 Juve stopper keen to stay in Serie A.

Check in to Genoa vs Juventus

Experienced Italian international defender Giorgio Chiellini is said to be prepared to snub interest from Liverpool and Manchester United in order to stay with Juventus, according to Football Direct News.

The Premier League big guns had been monitoring the stopper ever since last season and had been tipped to make a move for him either over the summer or during the recent January transfer window.

The 29-year-old has been in impressive form again this term, and he looks set to collect yet another Serie A title with them after overtaking Roma at the summit of the division.

And though he has won the Scudetto with the club twice before, he has intimated that his preferred choice would be to stay with the club and stay until they tell him that he is no longer wanted.

“Ending my career at Juve? I hope so, I will be 30 in August, I can’t tell what will happen in the next years but there is the will from both parties to continue together,” he told reporters.

United boss David Moyes is said to be desperate to add some top quality to his back line in the wake of Nemanja Vidic’s impending departure to Inter Milan at the end of the season, and there is still speculation surround Rio Ferdinand’s future as he nears the end of his own deal.