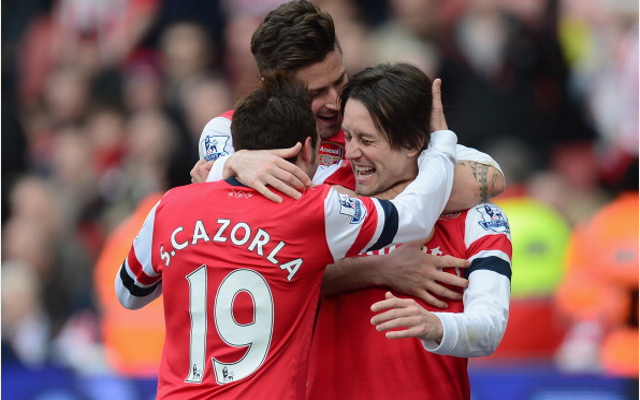 Arsenal have taken part in their final training session at their London Colney HQ ahead of Tuesday night’s huge clash with European champions Bayern Munich at the Allianz Arena.

The north London club travel to Germany having lost the first leg of their Uefa Champions League round-of-16 tie with the Bundesliga champions 2-0 at the Emirates last month.

And as a result, the Gunners have a mountain to climb in Bavaria if they are to make it through to the last eight of Europe’s premier club competition, especially if the home team’s recent form is anything to go by.

Pep Guardiola’s outfit go into this contest on the back of having won 13 straight games in all competitions, although if any side can cause a shock, then it is Arsenal who beat Bayern 2-0 away from home in the Champions League this time last year.