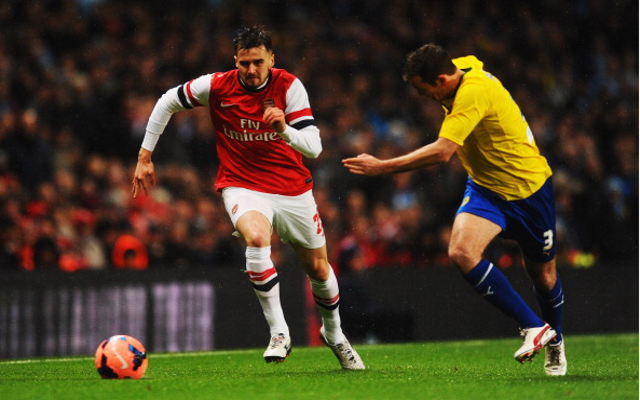 Villa Park boss Paul Lambert will look to lure the 22 year old with the promise of regular first team football and one imagines that chances of pulling off such a move depend greatly on whether veteran Frenchman Bacary Sagna puts pen to paper on a new contract.

First choice right-back Sagna is out of contract in the summer and if he is lured away from the Emirates Stadium then Jenkinson may fancy his chances of filling the spot on a permanent basis. However if Sagna does stick around, or if Arsene Wenger opts to sign another right sided defender, then a move to Aston Villa may be become a viable option.

Jenkinson moved to Arsenal from Charlton back in June 2011 but has struggled to retain a foothold in the Arsenal first team set-up with the England international starting just six Premier League fixtures this season.

If he were to leave Arsenal Jenkinson may however feel he is capable of forging a career at a side higher up the Premier League ladder.

Aston Villa sit in eleventh place in the table but are just six points from the relegation zone.