How Barca’s stars got on against the new boys of European football.

Check in to FC Barcelona vs Osasuna

It may not have been the best of performances by Barcelona in their Champions League last-16 second-leg with Manchester City, but they are through to yet another quarter-final.

Goals from Lionel Messi and Dani Alves helped secure a 2-1 victory at the Nou Camp to take the Catalans through 4-1 on aggregate.

Here’s how the Barca players rated:

Made an excellent save to deny Edin Dzeko on what was a relatively quiet night for the goalkeeper – who is departing Barca at the end this season.

An energetic performance from the Brazilian who burst forward at every available opportunity and like three weeks earlier at the Etihad Stadium, got on the score-sheet.

Made some important challenges, but the fact they were last ditch will be worrying for head coach Gerardo Martino, including a great interception to stop Fernandinho from shooting. 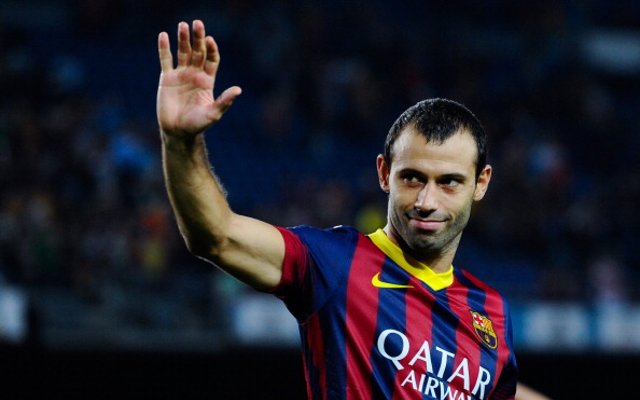 Was solid enough at the back despite many thinking the Argentine would struggle with the physicality of Dzeko.

Bombed forward at every available opportunity and made some intelligent runs to get in behind Pablo Zabaleta.