City fail to come away from the Nou Camp with the desired result.

It was a plucky display from Manchester City in their Champions League last-16 second-leg with Barcelona, but in the end the two goal deficit from the first-leg was too much to turn around.

Lionel Messi put the hosts ahead late on to make it 3-0 on aggregate, before Pablo Zabaleta was sent off, Vincent Kompany secured an equaliser and then Dani Alves scored to settle things.

Here’s how the City stars rated at the Nou Camp:

Not a bad game from the England international at all, who made some sharp saves to deny Xavi and Cesc Fabregas and could do nothing about either of the goals.

Managed to keep tabs on Jordi Alba’s overlapping runs in the first half, but went to pot after the break and was sent off for dissent to round off a poor evening.

The sort of performance that defines the Citizens captain as a world-class performer, throwing himself into every tackle and even grabbing a goal late on. 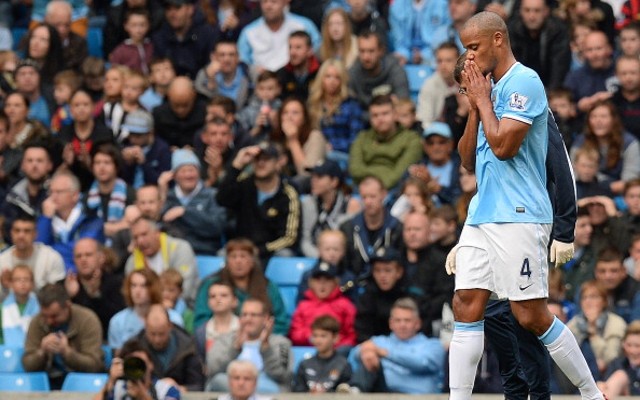 A fairly woeful night for the Englishman, who could easily have been penalised for two penalties and failed to track Messi all night.

Was City’s main threat going forward and sent in some decent crosses into the box, as well as doing relatively well against Neymar in defence.