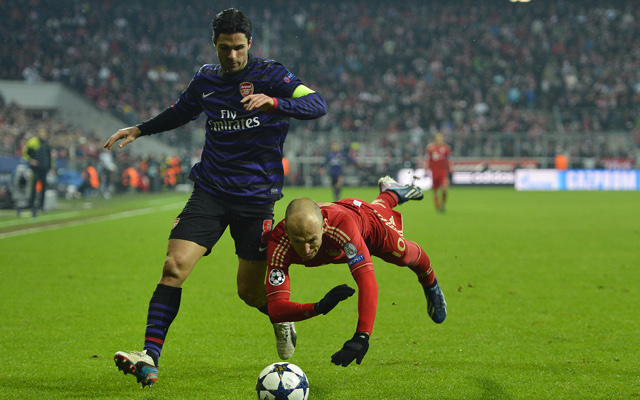 The way Arjen Robben plays football is a bit embarrassing isn’t it? It’s his friends and family I feel sorry for haha

When someone touches Robben.. http://t.co/WPLNTs5Efm

Arsene Wenger is on the right lines with his comments about #Robben but the trouble is, when you’ve lost it just looks like sour grapes.

Mind boggling how a talented player such as Arjen Robben can be such a filthy cheat.

Bayern Munich star Arjen Robben told Arsene Wenger he should take an acting class after being described as a ‘great diver’.

Calling Robben a cheat isn’t gonna help the fact that Wenger got his tactics wrong yesterday.

Think ppl r giving him a hard time, it is clear by this pic robben was attacked by 6 blades of grass by his boots… pic.twitter.com/smrkHEMvUL