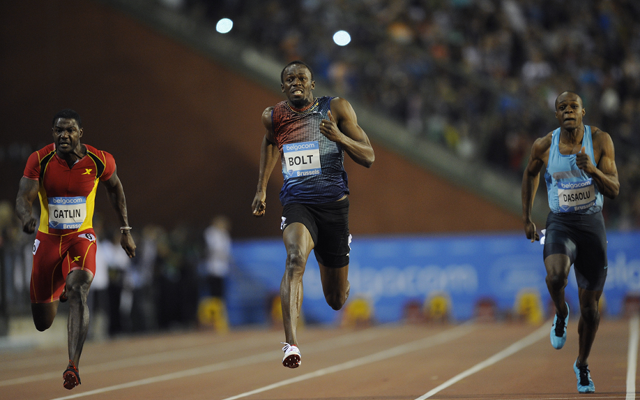 The world’s fastest man Usain Bolt has dropped a major hint that he could accept a call-up to the Jamaica national team after posting an image of a newspaper story on his Instagram account.

Bolt uploaded a picture of the page in The Jamaica Star, which claims he is ready to accept manager Winfried Schafer’s offer of a place in his World Cup 2018 qualifying squad. He captioned the image: ‘Jamaica how we look? Hmmm..A we say to the world and anything possible.. #SeriousFace #ReggaeBoyz #ForeverFaster #FutureOption #MadTalent #AnythingPossible’

According to Jamaican publication The Sunday Gleaner, Schafer recently said: ‘In the German newspapers I read about Usain Bolt saying he wants to play football and he wants to play in Manchester (United in England).

‘He’s a Jamaican and I want him to be on the national team.

‘This is our goal. Maybe after the Olympics in Brazil (2016), I want to see him in our team. That is what I want to tell him. I hope he wants to play for his country.’

Man United fan Bolt has previously hinted that he wants to play for the Red Devils and he was due to appear in Rio Ferdinand’s testimonial last summer before pulling out with injury.