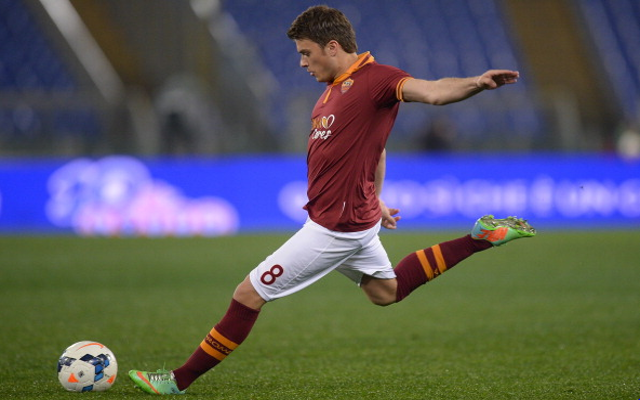 Anfield side chase AS Roma starlet.

Liverpool are interested in signing AS Roma playmaker Adem Ljajic according to Football Direct News.

The Anfield side are ready to make a move for the 22 year old Serbian, who only moved to the Stadio Olimpico last August, and is seen by boss Brendan Rodgers an additional creative midfielder he feels he needs in order to boost his side’s effectiveness in the final third.

The adaptable attacker can play in a number of roles but it’s his ability out wide that interests Rodgers, who offloaded Stewart Downing and loaned out Oussama Assaidi last summer.

Chelsea’s Victor Moses was brought in on loan but has failed to impress, hence Rodgers push to bring in reinforcements.

Ljajic moved from Fiorentina to AS Roma in a £9m switch but has spent much of the current campaign on the bench but has still managed to score five goals and provide three assists in his 12 Serie A starts.

The flair player has at times been considered one of the hottest prospects of his generation but has arguably failed to fully deliver on his very obvious potential.

Ljajic is known to be a difficult character to manage, just ask former Fiorentina boss Delio Rossi, who was sacked following infamously attempted to attack the youngster after he sarcastically applauded his decision to sub him back in May 2012.