Manchester city striker Sergio Aguero has been in blistering form this season, but was kept quiet against Barcelona during their Champions League clash on Wednesday night by limiting him to just one completed pass.

In his defence he has just returned from injury and did attempt three passes against the Spanish giants, but the graphic below still won’t make for good reading. 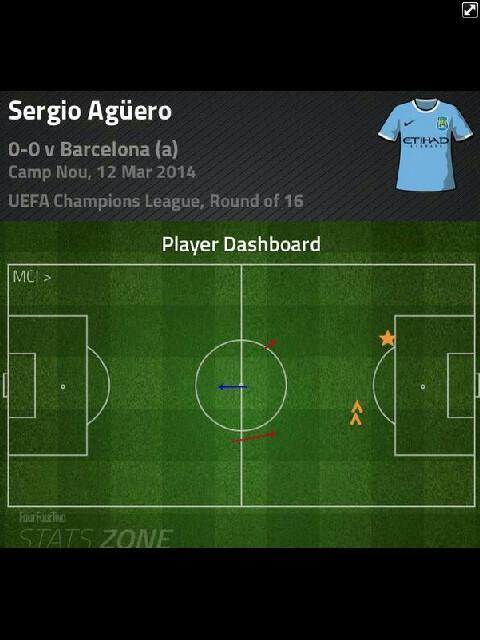