Tottenham head-coach Tim Sherwood has accused his players of lacking ‘desire’ and revealed many of his squad ‘are playing for their future’ ahead of tonight’s Europa League last-16 clash with Benfica at White Hart Lane.

We name ten players Sherwood could axe this summer: 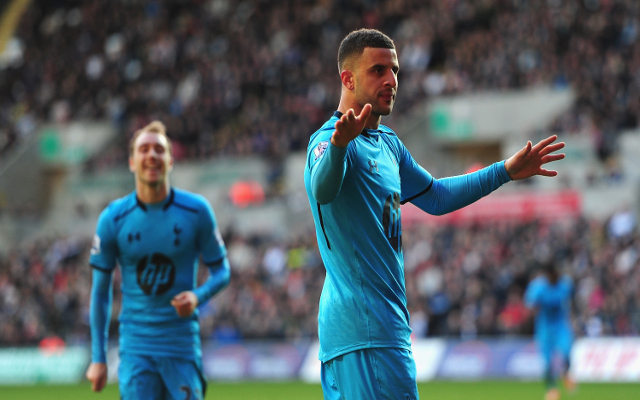 The England right back has been one of Spurs’ most consistent performers this season and remains one of the first names on the team-sheet. But Walker was one of the biggest culprits for the collapse in the 4-0 defeat at Chelsea, with his disastrous header to Hugo Lloris allowing Demba Ba to add gloss with an easy fourth. The match at Stamford Bridge seems to have been a watershed moment for Sherwood and he won’t have been impressed with Walker’s careless contribution.