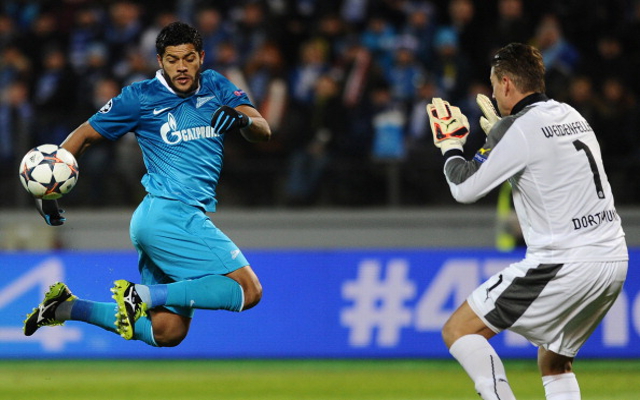 Chelsea have been handed a huge boost in their quest to bring in Hulk from Zenit St Petersburg after the striker’s agent confirmed that he would welcome a move to the Premier League this summer, according to the Metro.

The Brazilian international has been a long time target for the Blues with the club’s previous two managers both keen on bringing him to Stamford Bridge.

And now Jose Mourinho has been tipped to be the latest to try as he seeks some fresh legs in his striking department. He has been handed a huge boost in his chase now as reports suggest that Hulk has grown unsettled with life in Russia and his agent has given a move to England the green light.

Shandor Varga told the Izvestia newspaper that Hulk is ready to push for a transfer away when the window re-opens, with English his most likely destination.

“Despite the huge transfer fee required to sign Hulk, don’t rule out that he will move to one of the top clubs in Europe this summer,” Varga said.

“English clubs still have the highest chance of signing him.”

Zenit are said to have slapped a £40m price tag on the former Porto man, but that shouldn’t be a concern for Mourinho, who has been backed significantly in the transfer market.