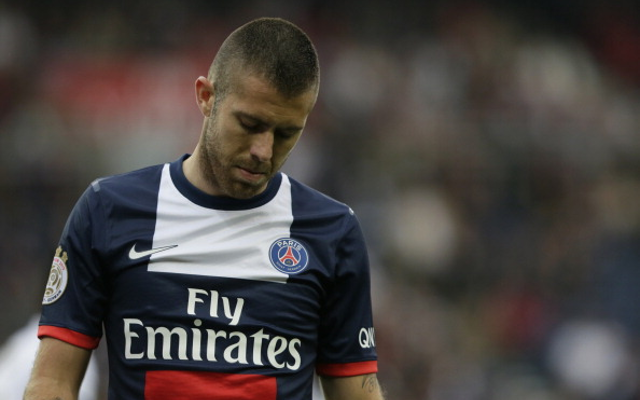 Paris Saint Germain forward Jeremy Menez has admitted that he is unsure as to what the future holds for him beyond the end of the season when his contract in the French capital expires, according to Sky Sports.

The France international has struggled to nail down a regular starting spot at the Parc Des Princes this term, and a new deal has yet to be discussed despite club officials claiming that they want him to stay.

He has been on Liverpool’s shopping list for quite some time now, but fresh reports in France are claiming that he has now emerged as a transfer target for Bundesliga giants Bayer Leverkusen.

The Germans are said to be monitoring his situation as they are preparing for the departure of winger Sidney Sam, who is set to join Schalke in the summer and Bayer are keen to make some additions of their own.

However, Menez admitted that he is still none the wiser over what he will do next term and has insisted that he is only focussing on making a strong finish to the current campaign.

“We talked about an extension, but it was not sorted out,” he said.

“I have three months remaining on my contract at PSG, we will see what will happen at the end of the season.”