Check in to FC Barcelona vs Osasuna

Several Barcelona stars have appeared in a new photograph that could prompt fans into thinking that they have ditched football in favour of a new career in the world of pop.

Neymar, Gerrard Pique, Cesc Fabregas, Dani Alves and Andres Iniesta all took time out to pose in some new workman-like clothes and glare menacingly at the camera.

It remains unclear whether this is an ad for a clothes company, but one thing is for sure; they should definitely stick to football. 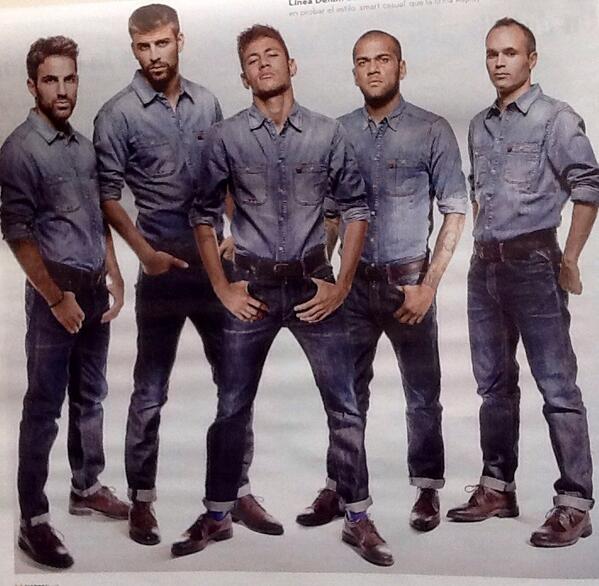