The seven deadliest strike partnerships in the English top flight.

A new infographic released by the Premier League has given a fascinating insight into who the deadliest strike partnerships in the top flight have been over the past 22 years.

Surprisingly the duo that top the list are former Newcastle United duo Andy Cole and Peter Beardsley, who notched up 55 goals between them in the 1993/94 season.

However, it is Liverpool fans that have the biggest reason to smile as Robbie Fowler and Stan Collymore in sixth are set to be overtaken by current pair Luis Suarez and Daniel Sturridge as they are all tied on 42 goals.

With ten games remaining the new SAS could even overtake the ex-Magpies at the top of the tree, surpassing duos from Chelsea, Sunderland, Manchester United and Blackburn Rovers along the way. 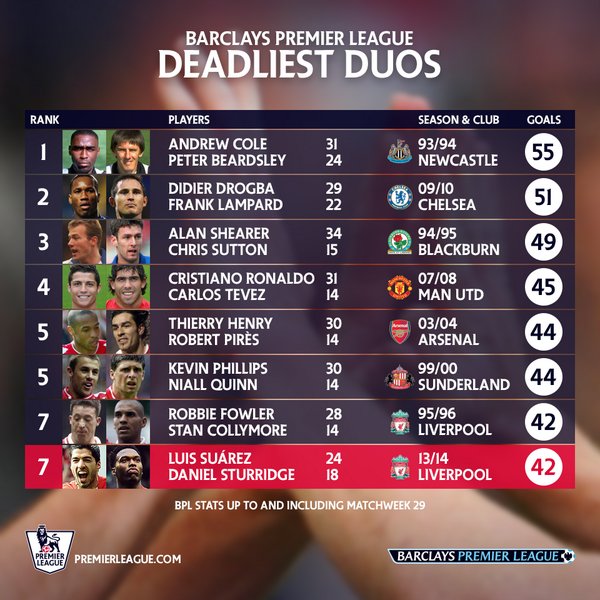