Emirates Stadium side to clear way for significant summer signings.

Arsenal boss Arsene Wenger is ready to put pen to paper on a new Gunners contract and will then set about conducting a squad re-shuffle with as many as ten players set for possible Emirates Stadium exits.

CaughtOffside understands that the Emirates Stadium side are looking to tie down Wenger to a new three year contract and will back the French manager with a significant transfer war-chest, which will be boosted by the sale of a number of under-performing players with a trimmed squad offering the club the ability to cut their wage bill to make room for new additions. 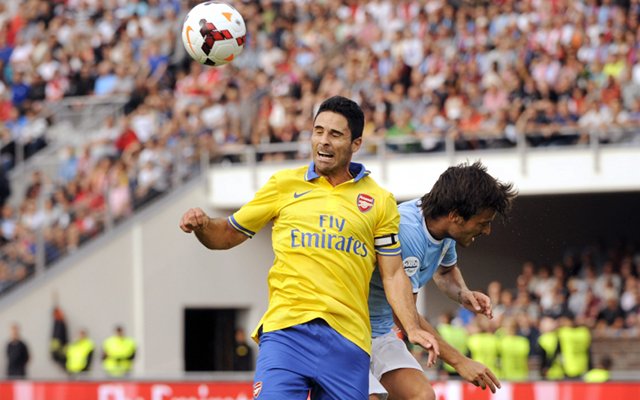 Arsenal vice-captain Mikel Arteta is fighting for his Gunners future with Wenger ready to listen to offers for the Spanish midfielder who has struggled for form this term.

Often used in a holding role the former Everton man has failed to provide the steel needed to prevent opposition advances and Wenger is readily looking for a possible replacement for the 31 year old with Southampton’s Morgan Schneiderlin top of his wish-list.

Arteta is into his third season at Arsenal and could well be sacrificed as Wenger looks to freshen up his midfield.