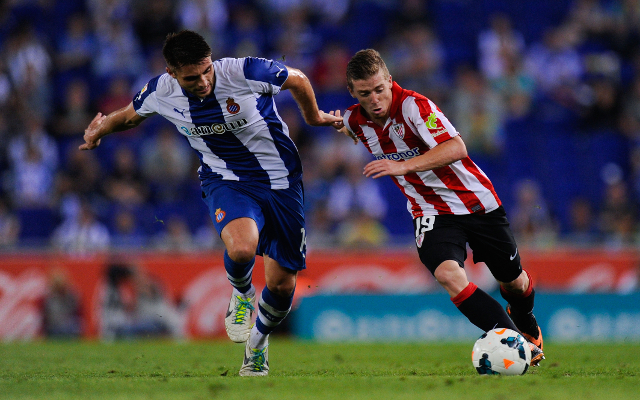 Man United have set their sights on a host of Athletic Bilbao talents as David Moyes scouts five members of the Basque club’s squad according to Fichajes.

The La Liga side are cemented in fourth spot in the table behind the three way title chasing pack of Barcelona, Atletico Madrid and Real Madrid and are a side well and truly on the up and up.

Chief among those on the Old Trafford wish-list are young winger Iker Muniain and midfielder Ander Herrera, both of whom have long been Man United targets.

Adaptable utility man Oscar de Marcos is also a player who interested in previous boss Sir Alex Ferguson, the 24 year old having scored in two encounters against Man United in the Europa League back in 2011/12.

Midfield pair Markel Susaeta and Ander Iturraspe round out the list of Basque based talents on Moyes’s radar and such targets may be viable options given that Man United may have to elect to pursue lesser known talents due to the likely lack of Champions League action available to prospective targets.

Moyes may well look to conduct something of a squad shake-up this summer with the likes of Nani, Shinji Kagawa, Ashley Young and Javier Hernandez being players who Man United may look to cash-in on in order to beef up their transfer funds.