Brendan Rodgers could drop Coutinho for the derby…

The Belgian kept a clean sheet last time out versus Southampton, but will need to be at his very best to keep the likes of Wayne Rooney and Robin van Persie at bay today.

Rodgers will likely start Flanagan on the right of a back four, meaning England starter Glen Johnson can play on the left, with Aly Cissokho on the bench. Flanagan’s solid defensively, and his manager won’t mind if he rarely ventures into United’s half today.

Skrtel was sensational in the reverse fixture against United early in the season, and his manager will hope his first choice centre-back puts in another heroic defensive display.

Agger is fit again, and played well last weekend against Southampton. Error prone Kolo Toure will likely be an option from the bench, as could £18m summer signing Mamadou Sakho – who played for the Under-21s last weekend.

When he’s fit and healthy, Johnson is an automatic starter for the Reds. On the left of the back four, he will likely be charged with keeping Juan Mata quiet. 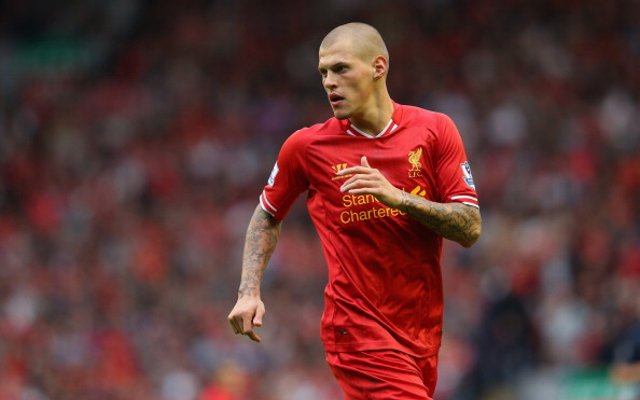