Like the rest of the Spurs squad, the Frenchman looks short of confidence at present and was almost guilty of a dreadful error against Benfica. But he remains a guaranteed starter and is crucial to the success of the defensive high-line favoured by Tim Sherwood. 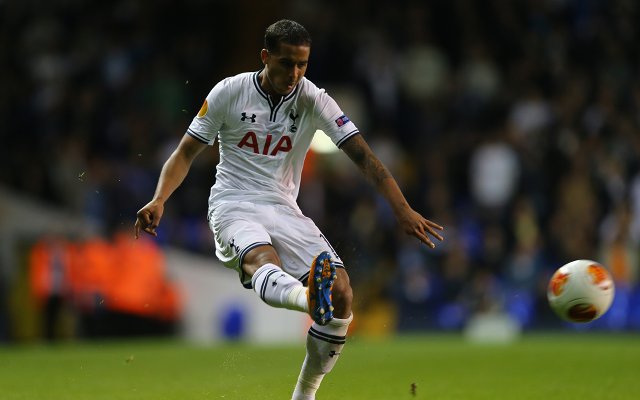 The talented Kyle (Walker) is struggling with a long-term calf injury so the abysmally bad Kyle (Naughton) is likely to fill in at right back. The 25-year-old is a hard worker but he’s not Spurs quality, and is likely to face a tough afternoon against the Ox, Rosicky and co.

Rose did not start against Benfica after returning from injury but should be restored to the line-up in Walker’s absence. The 23-year-old made a dreadful mistake in the FA Cup defeat at Arsenal and will be looking to compensate on Sunday.

The Belgian looks more disinterested than Tim Sherwood faced with a pair of sleeves but, with Michael Dawson and Vlad Chiriches still injured, Vertonghen will have to play against Arsenal.

It’s tough to see the Frenchman excelling in a third game in a week given his horrendous injury problems of late, but Spurs have very little choice but to play Kaboul given the lack of credible alternatives. The 28-year-old will probably be risked unless he’s really struggling.