A novel idea to show your employers that you’re not happy.

Mexican side Celaya are currently plying their trade in the country’s second division, and their players are not happy.

Claiming to have not been paid for two months the players drew peso signs on the bags along with the words ‘pay me’ after losing their patience over the non-payments.

They then posed for an official photo in front of the directors’ box, which prompted that pop out to the bank soon after to make sure their players were kept in good spirits.

The players also complained that they have to travel to away matches on the day of the game and that the changing rooms at the club’s Miguel Aleman stadium are frequently without water and electricity. 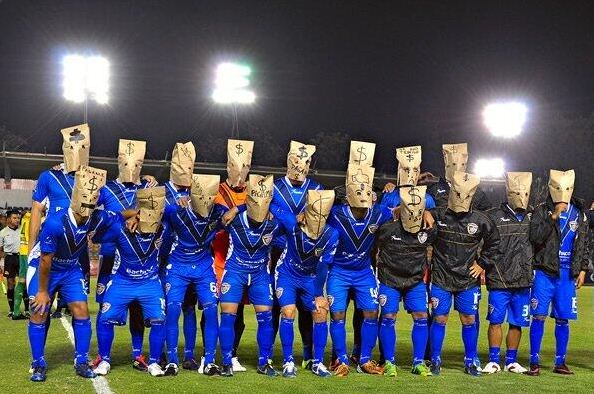