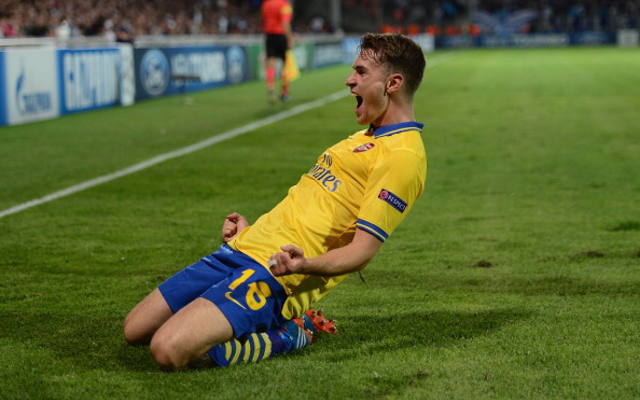 Key Arsenal first team pair Aaron Ramsey and Santi Cazorla have both signed new Gunners contracts according to the BBC.

Welsh midfielder Ramsey was in fine form before suffering a thigh injury that has kept the 23 year old out of action since December.

The former Cardiff City man has scored 13 goals this season and is said to be nearing a return to the first team set-up.

29 year old Spaniard Cazorla won the Arsenal Player of the Year award last season and has been a regular this term and is very much a fan favourite.

The former Malaga man has netted 20 goals and provided 19 assists in 86 appearances for the North London club.

17 year old German starlet Gedion Zelalem has also signed a new contract having broken into the first team this term, making his senior debut in January against Coventry City in the FA Cup.