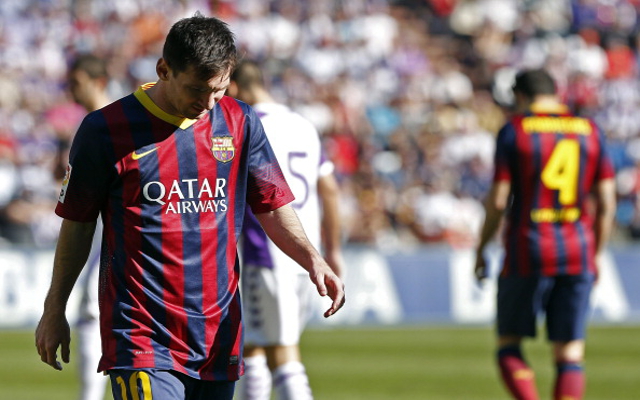 No move to Etihad Stadium for Argentine sensation.

Lionel Messi is set to commit his future to Barcelona after asking for a a whopping £21m per year.

The Argentine, who became Barca’s record scorer this week with 371 goals in all competitions, will be paid €250m over five-years which will take him past his 31st birthday, according to Spanish daily AS.

The new contract will be Messi’s seventh renewal since 2005 and ends outlandish speculation linking him with a €200m move to Manchester City.

Messi and his entourage remain in negotiations with the club and the parties are yet to reach a compromise over the player’s image rights.

Despite suffering a host of injuries this term, Messi has bagged 26 gals in 26 La Liga and Champions League appearances for the Catalans, including 12 in his last nine games.