How the rest of the league fare against the top four.

The table below gives a fascinating insight into how strong the top four sides in the Premier League have been this season.

Every now and again, talk pops up of the top four teams in the country breaking away to form a new super-leage, but are the other 16 teams really that far behind them?

After clocking up a 1-0 victory over Chelsea at the weekend Villa have shown that they are not afraid to take on the big boys this year and have collected 10 points from 11 games against the Champions League chasers.

Spurs find themselves in the bottom three, and Manchester United prove that this is yet another table they can’t top by coming in fourth. 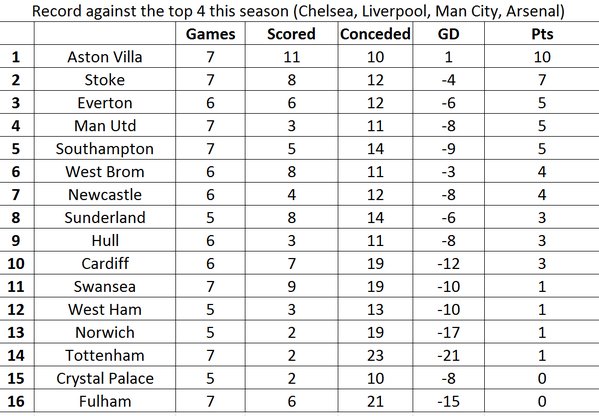