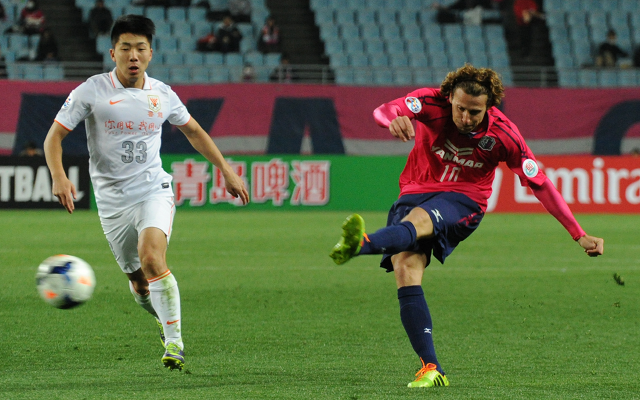 Former Manchester united and Inter Milan striker Diego Forlan got off the mark for his new club Cerezo Osaka earlier this week.

The 34-year-old joined the J-League side in the new year after leaving Argentina for one more adventure before hanging up his boots.

A good piece of hassling in the Buriram United box saw him win the ball before curling it around the hapless ‘keeper.