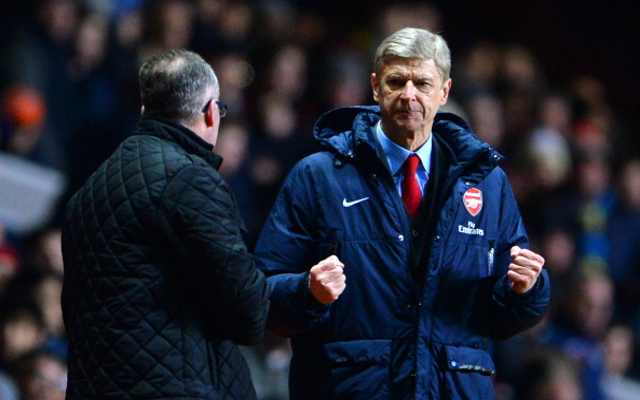 Arsenal boss Arsene Wenger is expected to sign two world-class additions this summer according to the Metro.

The North London club smashed their transfer record to land £42.5m German Mesut Ozil and the signs are that Wenger is ready and willing to spend big to further improve his squad when the transfer window re-opens.

Wenger is apparently keen to bring in a winger and a striker and is also open to the addition of a defensive midfielder, three areas of his squad that could well do with strengthening.

Certainly Arsenal need to offer more able support to overworked Frenchman Olivier Giroud, especially as both Lukas Podolski and Theo Walcott have suffered with injuries this term, with the pair amassing just 16 Premier League starts between them.

In terms of an extra defensive midfielder Wenger could certainly do with some added steel, not least as Mikel Arteta hasn’t been all that consistent in a holding role and experienced battler Mathieu Flamini has started just 14 Premier League fixtures.

Arsenal managed to tie down Aaron Ramsey and Santi Cazorla to new contracts though Bacary Sagna is another player Wenger will want to put pen to paper with the full-back’s current deal expiring in a matter of months.