Cristiano Ronaldo scored his 12th and 13th Champions League goals of the campaign as Real Madrid beat Schalke 3-1 at the Bernabeu to record a 9-2 aggregate victory and cruise into the quarter finals.

The Portuguese’s brace means he is just one goal behind Lionel Messi’s record haul of 14 in the competition: 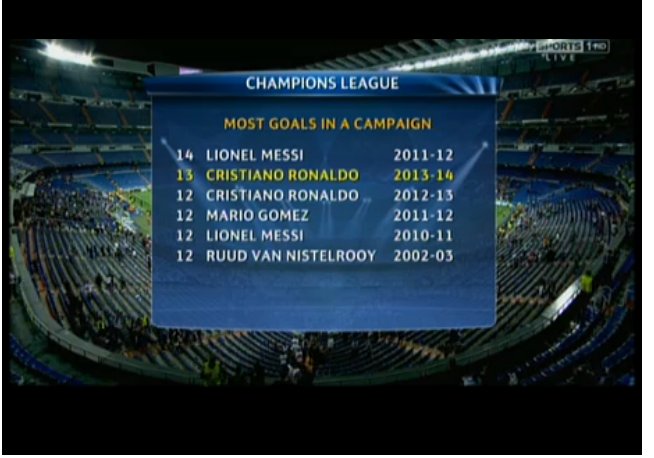 Tim Hoogland had levelled for Schalke before Ronaldo’s brilliant run and finish put the hosts back in control of the match, before youngster Alvaro Morata added gloss with a well-take third.