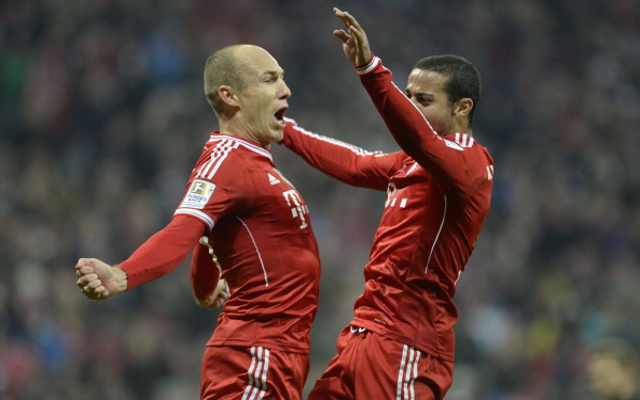 Wide man has been in Bavaria since 2009.

Check in to FSV Mainz 05 vs Bayern Munchen

Bayern Munich  have taken to Instagram to reveal that brilliant wide man Arjen Robben has put pen to paper on a new contract with the Bundesliga champions that now keeps the Dutchman at the Allianz Arena until June 2017.

The experienced Netherlands international has been an absolute revelation since deciding to leave La Liga giants Real Madrid for Bavaria five years ago.

In his time at the club, the 30-year-old has managed to win two league championships, two German Cup and the Uefa Champions League too after Bayern overcame Borussia Dortmund in the final at Wembley Stadium last season, with Robben himself managing to score the winning goal in the very last minute.

And now the winger has ended recent speculation regarding his future with the club by agreeing to extend his stay with Bayern until 2017, with the club uploading a picture of Robben signing the new deal on Instagram.