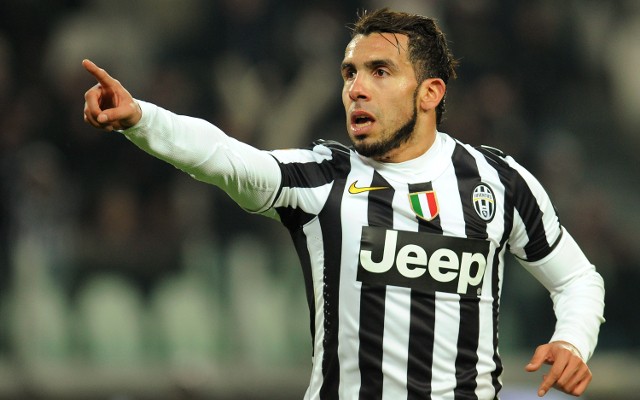 Chelsea have set their sights on Juventus forward Carlos Tevez according to Football Direct News.

Jose Mourinho is keen to bring in a fresh striking option to lead his Blues attack but a move for former Man City man Tevez seems doomed to fail.

The 30 year old Argentine only moved to Turin last summer and has been in excellent form and is currently the top scorer in Serie A, netting 15 goals in 24 starts for the table toppers.

However Chelsea are ready to make a big bid for Tevez in the hope they can lure the striker back to the Premier League, no doubt promising the marksman a big pay-rise in the process.

Jose Mourinho has seen Fernando Torres and Demba Ba struggle for form whilst Samuel Eto’o has only shown glimpses of his obvious ability, leading to speculation of interest in a number of top striking talents.

Tevez is a proven Premier League force having scored 115 goals in 274 appearances for West Ham, Man United and Man City.

Juventus paid just £12m for Tevez last June and would demand a fee more than double that fee to stand any chance of tempting the Italian giants to sell.