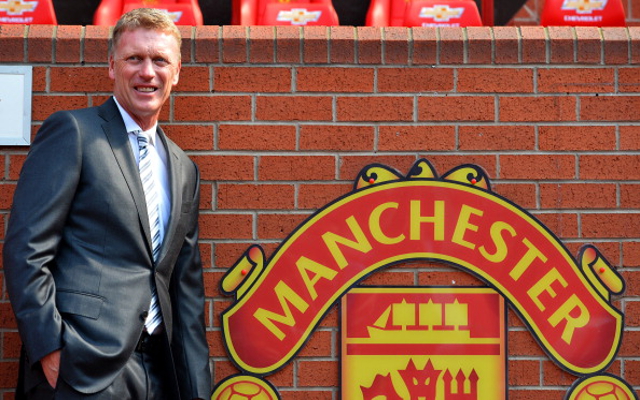 Scot is under huge pressure at present.

Premier League champions Manchester United have no intention whatsoever of removing the “Chosen One” banner at the Stretford End of Old Trafford which hails the arrival of new head coach David Moyes, according to reports in the Daily Mirror.

The banner refers to the fact that previous United boss Sir Alex Ferguson personally hand picked the Scot as his successor when he decided to step down as manager at the end of last season.

However, despite Moyes’s current struggles in the role, Stretford End Flags, who own the banner and are responsible for it, say they have no plans to remove it: “Tonight’s focus should be on supporting the team, giving support to inspire the team to victory.

“Calls to take the Chosen One banner down will not be considered and the banner will remain up tonight as a symbol of support for the team, as we expect from the fans vocal support.

“We fully expect the Old Trafford crowd to be behind the team tonight as we seek victory on the pitch.

“Any removal of the banner will be seen by fans, the players and worldwide media as a call for the manager to go. Not needed during the game.”