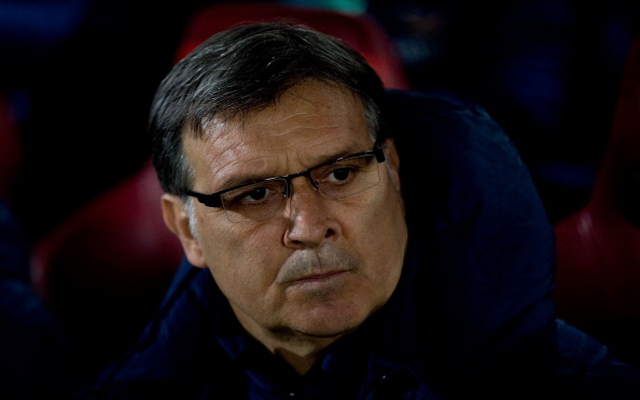 Check in to Benfica vs Tottenham Hotspur

Tottenham are considering a move to approach Barcelona manager Gerardo Martino as a replacement for White Hart Lane boss Tim Sherwood according to the Metro.

The 51 year old Argentine is expected to leave the Nou Camp after just one season in charge and this has led to speculation that he could be looking for his next managerial post.

Spurs chairman is thought to be looking to bring in an experienced manager to take over from Sherwood, who looks unlikely to secure a top four finish.

Dutch national team boss Louis van Gaal and Galatasaray’s Roberto Mancini are also said to be linked with Tottenham whilst Martino is said to be interested in a move to manage a Premier League side.

His agent has apparently already put the feelers out over a possible move to manage in the English top tier.

Martino took over from Tito Vilanova last July but hasn’t won over the club’s fan-base with Barcelona currently sitting in third spot in La Liga, albeit just four points from top of the table Real Madrid.