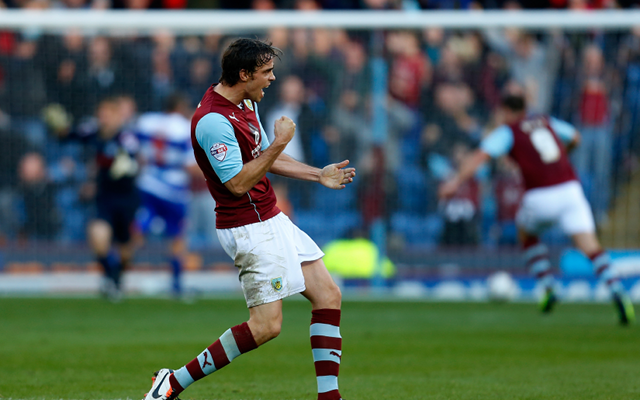 Check in to Benfica vs Tottenham Hotspur

Tottenham are reportedly tracking Burnley striker Danny Ings as the White Hart Lane side look to strengthen their attack according to the Daily Mail.

The England Under 21 international has been in fine form this term, scoring 25 goals in all competitions, and one can see why the North London club would be monitoring the young forward.

With both Erik Lamela and Roberto Soldado proving expensive failures since their big money moves to Tottenham there is a very real need for Tim Sherwood to bring in alternative striking options, not least as Jermain Defoe was allowed to leave the club for MLS side Toronto FC.

Ings has helped his Turf Moor side to within touching distance of the Premier League with Sean Dyche’s side in second spot some ten points clear of third placed Derby County with just ten fixtures left.

One imagines that Burnley would demand a big sum for Ings, who moved to the club in the summer of 2011 from Bournemouth for an estimated £1m fee. The Championship side could demand ten times that fee for the marksman.