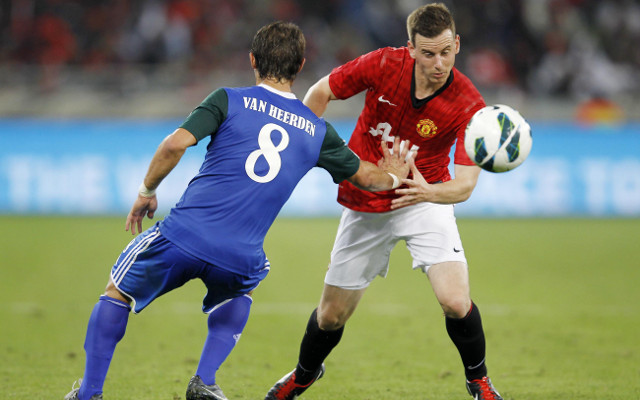 Youngster does not want to stay at Old Trafford while Scot remains in charge.

Manchester United youngster Marnick Vermijl will leave the club this summer unless manager David Moyes is sacked, according to the defender’s agent.

Vermijl moved to Old Trafford from Standard Liege as a teenager in 2010 but is yet to make a single senior appearances for the Premier League outfit.

The right back, 22, was sent on loan to Eredivisie outfit NEC by United boss David Moyes in September but Vermijl appears to have disliked the experience and his agent says the youngster will leave the club unless the Scot is sacked.

“They (Manchester United) want Marnick at a better club to work next season. But a new loan doesn’t really sit well with him. He will either get his chance in the first team, or permanently move out,” agent Tony Dullers told Belgain media outlet De Morgan (quotes translated by the always excellent Sport Witness).

“He is still under contract until June 2015 at United, but much depends on the situation of David Moyes. If he’s coach then it does not look good, because he quite easily let Marnick go to NEC. If Moyes is fired, then there are prospects.”

Moyes’ chances of keeping his job at Old Trafford are much improved following last night’s 3-0 Champions League last-16 second leg victory over Olympiacos but Dullers’ comments will concern the United boss, particularly in light of remarks from Everton academy coach and former player Kevin Sheedy, who said Moyes did not care about the youth team during his time in charge at Goodison Park.