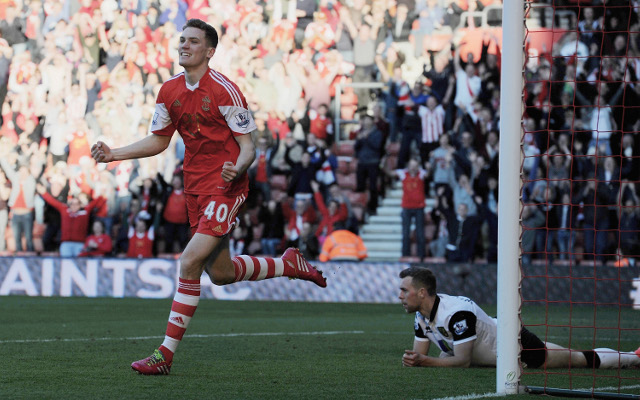 Premier League giants Chelsea are pondering making a move for young Southampton frontman Sam Gallagher at the end of the season, according to reports in the Metro.

The England Under-19 international has only just broken through into the Saints first team, however, after the 18-year-old managed to find the back of the net for the very first time in the Premier League for the south-coast club against Norwich City at St Mary’s last Saturday afternoon, all eyes are now starting to focus on the starlet.

So far in this campaign, the striker has managed to net two goals in total in his 12 appearances in all competitions for Southampton, and already the player is being talked about at the club in the same breath as other such famous Saints players, past and present, including the likes of Theo Walcott, Gareth Bale, Adam, Lallana and Luke Shaw.

As a result, it is understood that the west London club are now keeping close tabs out on Gallagher as they themselves look to add some much-needed firepower up front at Stamford Bridge next season.