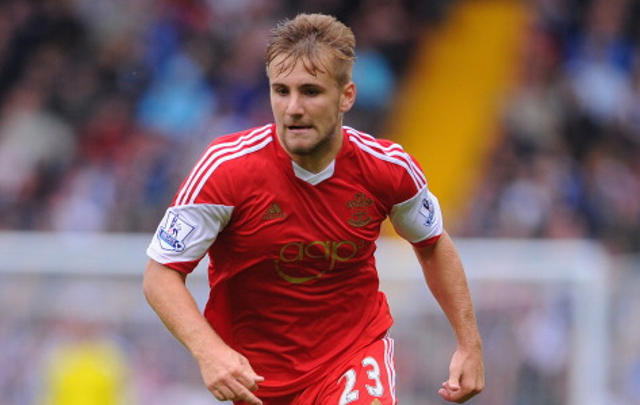 City prepare to bring England international to the Etihad.

Manchester City are said to be preparing a whopping £30m bid to land the signature of Southampton full-back Luke Shaw this summer, according to Goal.com.

The 18-year-old already has a long list of admirers with the likes of Manchester United, Liverpool and Chelsea all said to be keeping an eye on his progress ahead of potential summer moves to take him away from St Mary’s, but it now appears to be Man City who have jumped ahead of the queue.

City first made their interest known in January after manager Manuel Pellegrini and youth team coach Patrick Vieira watched him in action during a development game between the two sides.

They sought to open preliminary talks with the Saints and were encouraged by the nature of the negotiations, making them confident that a big money move for the teenager can be completed at the end of the season.

Pellegrini has earmarked the left-back slot as a key area for improvement this year with the likes of Gael Clichy and Aleksandar Kolarov both failing to impress.

Shaw, 18, is regarded as the finest domestic talent of his generation and is battling Ashley Cole for a place in England’s World Cup squad, having made his full Three Lions debut against Denmark earlier this month.