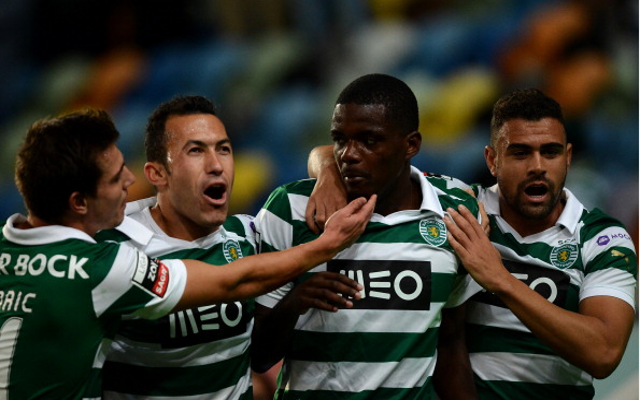 Red Devils have made the water carrier their number-one priority of the summer.

Premier League giants Manchester United have stolen a march on both top-flight rivals Chelsea and Manchester City by opening the bidding for in-demand Sporting Lisbon holding midfielder William Carvalho, according to exclusive reports in the Daily Star.

The Portugal international is currently the most sought-after player in the Super Liga, with all three Premier League giants understood to be desperate to land the 21-year-old for next season.

However, it is the Red Devils who have been expressing the most amount of interest, and for the longest time, in the player, with it understood that United head coach David Moyes has even sent scouts over to the Portuguese capital on 15 previous occasions to run their eye over the Portuguese.

And with Moyes said to be armed with a massive transfer war chest estimated to be worth a shopping £200m this summer from the club’s American owners the Glazer family, the first player that the Scot is set to lure to Old Trafford then is Carvalho, with the defensive midfielder currently contracted to the Portuguese giants until June 2018 and therefore set to cost United £25m to purchase.