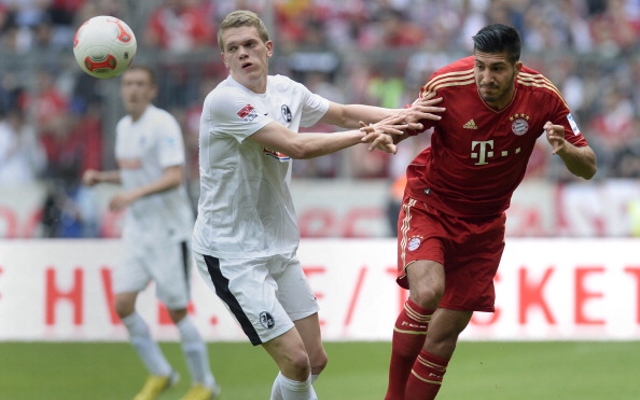 German defender already has a huge reputation in the Bundesliga.

Freiburg president Fritz Keller has told his in-demand centre-back Matthias Ginter that he would be making a huge mistake by joining either Manchester United or Arsenal at the end of the season, according to reports in the Daily Mirror.

Both Premier League outfits have been heavily linked with making a move for the young Germany international this summer as each giant looks to sign a new central defender.

However, according to Keller, the 20-year-old would be better served remaining in the Bundesliga for one more season at least as opposed to sitting on the substitutes’ bench at either Old Trafford or the Emirates.

“In my opinion, [staying at Freiburg] is better for him than sitting on the bench at one of the big clubs,” Keller said.

“He has a long-term contract and for a player of his age it could be interesting to have another year of stability.”

The defender has a contract with the Bundesliga side that currently runs until June 2017, with the Premier League champions in particular known to be on the look out for a replacement for club captain Nemanja Vidic next season.